A new study published this month in The American Journal of Medicine stated that those who are not vaccinated against the COVID-19 virus were more likely to get into traffic accidents, sparking outrage on Twitter. The authors of the study suggest that insurance companies should make changes to the policies of unvaccinated people.

“The observed risks could also justify changes to drivers’ insurance policies in the future,” the Canadian researchers advise.

The principal investigator for the study, Dr. Donald Redelmeier at the Sunnybrook Research Institute, stated that his research “showed the traffic risks were 50%-70% more frequent for adults who were not vaccinated compared to those who had.”

“This does not mean that the COVID-19 vaccination directly prevents traffic crashes. Instead, it suggests that adults who do not follow public health advice may also neglect the rules of the road,” he concluded.

Scene of a DUI rollover accident in Portland.

As the report went viral late Tuesday, medical professionals and scientists weighed in on the controversial study.

“Here is a joke of a study that claims that the unvaccinated are involved in more car accidents. It is very wrong,” Dr. Clare Craig, a British diagnostic pathologist wrote in a thread on Twitter.

The doctor argued that the main problem with the study was that it was morally wrong, but he also accused the researchers of abusing their data.

Craig argued that the study was flawed for a number of reasons, including the accumulation in unvaccinated pedestrians injured in accidents.

“These statements are based on accidents that resulted in hospitalization. Every injured person is referred to in the paper as a ‘crash’ – even when the injured person was a pedestrian!” she wrote.

The Canadian study suggested that insurance companies change policies for those who are not vaccinated against COVID-19.

The “fundamental flaw,” he said, was that the study relied on the government’s database of vaccinated individuals. She pointed out that you could also be in an accident and not go to the hospital, and thus would not be included in the study.

Linking to a table from the study he wrote: “No matter how you chop the data, the risk is apparently increased by about the same amount.”

She argued that the study’s data could be used to make all kinds of claims about the unvaccinated, from having a higher rate of “giving to charity” to “recycling,” simply because the “denominator [was] artificially small”.

Doctors and scientists have debunked a Canadian study that found that vaccinated people have a higher risk of traffic accidents.

Other medical professionals derided the study as absurd.

Dr. Vinay Prasad, a hematologist-oncologist and health researcher, laughed at his conclusions. “This also reiterates the stupid idea that primary care doctors should be giving specialty advice to unvaccinated people about driving,” he tweeted with laughing emojis.

Substack engineer and author “Polimath” also mocked the study as an unintended satire.

“I’m very tired of saying ‘these vaccination studies don’t tell you useful things, they’re misattributing confounding variables’. So it’s nice that these researchers made my argument for me in this satirical form,” wrote the user.

Some conservative media agreed that the study had nefarious intentions, using science to argue that insurance companies are punishing the unvaccinated.

Yulia Hicks, a 14-year-old girl, was denied a kidney transplant because she was not vaccinated for Covid-19.

Radio host Jason Rantz tweeted: “This is the exact kind of nonsensical study that sets the stage for auto insurance companies charging the unvaccinated more for coverage. It’s transparent.”

Can I ask my insurance to lower rates?

CLICK HERE TO GET THE FOX NEWS APP This may interest you : VIEW: Is Del. does car insurance really protect drivers?.

The study examined 6,682 traffic accidents in Ontario, Canada, during the summer of 2021, and found that the unvaccinated represented 1,682 accidents or 25% of them, which the researchers stated was “equal to a 72 % increased relative risk compared to those vaccinated.”

How do I ask my car insurance to lower?

The researchers proposed that there could be a correlation between “distrust of the government, a belief in freedom, misconceptions of everyday risks, faith in natural protection, antipathy towards regulation, chronic poverty, misinformation, exposure to misinformation, resources insufficient and other personal beliefs”. to the increased risk of traffic accidents. To see also : Why is insurance cheaper for females?.

Can I ask my insurance for a discount?

What is the best way to lower your car insurance?

Can you negotiate car insurance rates? The simple answer is that you cannot negotiate rates since pricing and the insurance industry are highly regulated by each state. The insurer cannot change its rate range without a state review with proof that the change is necessary.

This may interest you :
Michigan car insurance rates rise more than 7% in 2022 after no-fault reform aimed at lower rates
Published October 14, 2022 at 10:56 a.m. EDTInsurance rates for Michigan drivers…

Which is the best private insurance company?

Participate in a safe driving program. See the article : How do I buy insurance?.

Which insurance is best private or government?

Which plan is best for insurance?

What is the difference between private and government insurance?

Why private insurance is better than public insurance?

Who is the largest private healthcare provider in the UK?

Is Private better than NHS?

How many BMI hospitals are there in the UK? 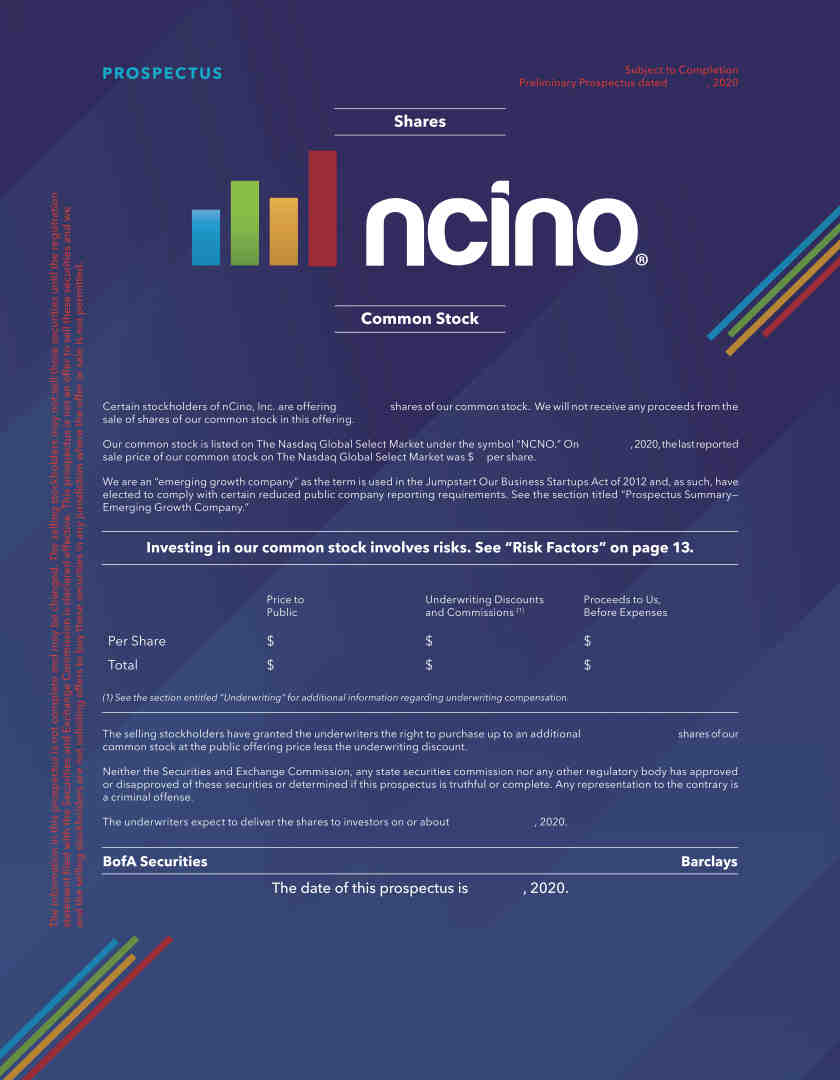 On the same subject :
58% of drivers believe they are overpaying for car insurance, 29% have recently changed companies
Editorial Note: We receive commissions from partner links on Forbes Advisor. The…

Who usually has the lowest car insurance?

Private health insurance policies are more flexible than group policies, and give policyholders more options as to which doctor or medical facility to visit. There are also more options on the market, so policyholders have more plans and a wider network of providers to choose from.

Is Geico cheaper than Progressive?

Do older cars have less insurance?

What type of insurance should I get for an old car?

Is a 20-year-old car considered classic?

Is insurance cheaper once you are 25?

How much is insurance in France?

How much car insurance do I need for an older car? The only insurance you need is liability coverage and, in some states, personal injury protection. Full coverage is often recommended, but it becomes much less valuable financially with an older car.

For insurance and registration purposes, the age of a classic car, in most cases, is at least 20 years, but not more than 40 years. If you are going to register (and secure) as a classic, you should look at its original design and specifications.

Does French car insurance cover driving in the UK?

A 20-year-old car is not considered a classic in most states. Most states require vehicles to be at least 25 or 30 years old to be registered as a classic car, and Pennsylvania is the only one of the 10 largest states that considers 20-year-old cars to be “classics.” . for registration purposes.

To see also :
A DUI violation in Utah can raise your car insurance premiums by 104%
Sponsored: Utah has its own idiosyncrasies when it comes to DUI laws…

Is Geico really the cheapest?

Usually, yes. At Progressive, rates drop by 9% on average at age 25. But there are other cost factors that impact your car insurance, such as your claims history. So if you are in an accident right before you turn 25, your rate may not go down.

Is GEICO cheaper than GEICO?

Is anyone cheaper than GEICO?

All over the country

Who usually has the lowest car insurance?

Is GEICO cheaper than other insurance?

Can switching to GEICO really save you?

Can switching to GEICO really save you commercial?

Can switching to GEICO really save you 15% or more on car insurance?

What is the cheapest Geico insurance? Geico typically has the cheapest car insurance among the leading national providers. But Progressive, USAA and Esurance can sometimes beat Geico’s low rates.

How much can GEICO save you on car insurance?

State Farm and Geico are the best auto insurance companies in the country. State Farm offers an average rate of $41 per month for a minimum liability policy, which is 29% cheaper than the national average. Geico also offers cheap car insurance quotes at around $52 per month.

Is GEICO cheaper than other insurance?

Geico’s annual fee of $1,148 is $294 less than the national average, a savings of more than 20%. Our most recent customer survey data also indicates that the majority of Geico policyholders are satisfied with their customer service experience and are likely to recommend the insurer to other people to purchase insurance of car

Is it cheaper to pay car insurance in full GEICO?

Of course, one of the fastest ways to save money is to switch your car insurance to GEICO. After all, it only takes 15 minutes to get a quote, and new GEICO customers report saving an average of more than $500 a year.

Is anyone cheaper than GEICO?

Additionally, in many states, even a 25% percentile fee can be cheaper than the GEICO median price. However, as this analysis shows, GEICO can actually claim to save you more than 15% on your car insurance. As for whether it only takes 15 minutes to get the discount, that’s a story for another day.